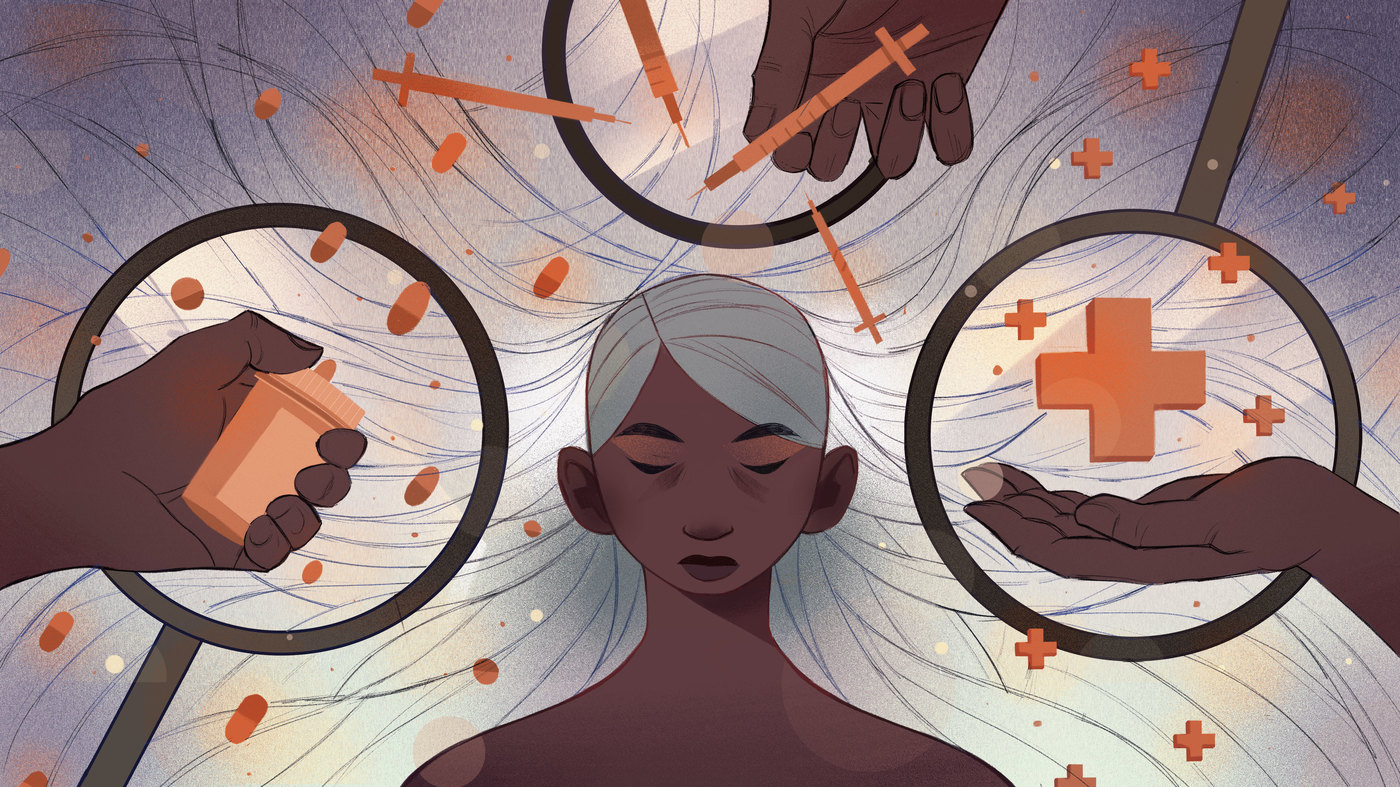 Pros And Cons Of Abortion – Choosing Abortion Is A Right Thing For Me?

Is Abortion The Right Choice For Me?

Abortion is very common and there are different reasons for which people go for abortion. It may be a hard decision to terminate the pregnancy,  but you should know best what is best for you or what suits you according to your situation.

Why People Choose To Go For Abortion?

Stats have shown that a lot of women in US go for abortion option at some stage in their life.
Choosing abortion is everyone’s own decision. In some cases,  the decision may not be as hard or complicated as it can be in other circumstances. People may decide to go through with the procedure:
Choosing abortion doesn’t necessarily mean that you don’t love kids or will never have kids of your own in the future. It’s just your circumstances and situation right now that you choose to eliminate pregnancy. 6 out of 10 couples,  who choose to have an abortion,  already had kids.

Click To Learn More: How Long For Cervix To Heal After D&C How Can I Help Myself In Making The Decision ?

There can be various things that you need to consider before choosing abortion as the right option. Only the person in the situation can understand why they decided to choose termination of pregnancy.
Deciding for abortion may be confusing, so you need to think about following things and decide if you should go for it or not

Considering all these options,  can bring you peace and make the decision easier.

Click To Learn More:Post Abortion What To Expect At Home Care And Recovery Who Can Help Me In Making My Decision About Abortion?

Having an abortion is obviously a hard decision. Whether you go for it or not,  deciding is always tough. Although the decision will only be yours,  but you can always rely on some other people to make it easy for you.
Your doctor will give you an expert opinion about having an abortion or not? Their opinion will always be factual and non-judgmental.
You can consult good gynecologist or hospitals who can help you .Always choose a reliable hospital.  Avoid fake centers who mislead you about honest facts.  Usually, these fake centers are located near actual clinics. These fake centers may use similar names to trick people.

What Is The Right Time To Make Decision?

You may take your time to make this decision and you should carefully analyze your options. But usually,  this decision should be made in early pregnancy so that it remains safe for your health also.

The abortion pill is an effective way to terminate a pregnancy through medicine. It can be done at home safely but you need to keep in touch with your doctor.

How Does The Abortion Pill Works?

In abortion through pill,  two medicines are given to terminate the pregnancy. These medicines are mifepristone and misoprostol.
At first,  you take mifepristone. Mifepristone blocks your pregnancy hormones to stop increasing your HCG level. After the first pill,  you take the second one within 48 hours of the first pill.  Misoprostol works by emptying the uterus through cramping. The constant cramps cause the fetus to bleed out. You feel like you are having really heavy periods. If you don’t have any bleeding after the second medicine, call your doctor immediately. Antibiotics are given to avoid infection.

How Effective Is The Abortion Pill?

When Can you Take The Abortion Pill?

Abortion pill can be taken for pregnancy up to 77 days. The first day of your final period will be considered day one. For more than 77 days,  you have to go for clinical abortion.

Why The Abortion Pill?

Some people don’t want clinical abortion so they go for an abortion pill as it doesn’t require your admission in the clinic or surgical procedure. You can complete your abortion safely at home. Abortion pill is more like a miscarriage so it is relatively less burden on nerves. Only your doctor can decide which abortion is better for you according to your health and pregnancy duration.

What Will Happen After Abortion Pill?

The feeling of abortion through pill is same as it is in early miscarriage. You might feel a lot of cramping and belly aches with very heavy bleeding. You might get nausea,  dizziness and upset stomach along with tiredness.  Some women may get a fever also. You can take ibuprofen and use heating pads to ease the pain.
After abortion is complete,  your cramps will go away with time and your bleeding will also reduce to normal.
If your fever resides for over a day (24 hours), consult your doctor immediately. Never miss a follow-up visit to your doctor.
You can bleed for many weeks after abortion. Abortion restarts your cycle so most likely,  you will get your periods back after 4-8 weeks of abortion. The abortion pill doesn’t affect your breastfeeding. After the abortion pill,  talk to your doctor for birth control method as you are more likely to get pregnant soon after abortion.

Abortion pill is a safe method for terminating a pregnancy,  but like other medicine, it has some risks associated with it. Elimination of pregnancy through abortion pill may leave pregnancy tissues in the uterus or it may not work at all and pregnancy doesn’t end.
You can bleed too much or too long and can even get an infection or allergic reaction. These are very common risk factors and can be treated by a doctor. In very rare cases,  if you don’t have bleeding within 24 hours,  or you start bleeding heavily and soak more than 2 pads in an hour,  consult your doctor immediately. Also if you are having severe cramps that are hard to bear and you are bleeding clots,  talk to your doctor as it is serious.
After 24 hours, you should start getting better but if the fever and nausea continue for more than a day,  you need to consult your doctor. Abortion with pill does not affect your future pregnancies or your fertility. It is quite safe than clinical abortion and even pregnancy itself.

How Can I GetThe Abortion Pill?

The abortion pill costs up to $1000 or less and is available in any clinic near you. You may live in an area where abortion is illegal or you may have age restrictions. You can consult your doctor about this.

Clinical abortion is defined the removal of a fetus from the uterus through a surgical process.

How the in clinic abortion is done?

In-clinic abortion works by taking out the fetus from the uterus using the suction method.  There are different types of in-clinic abortion and your doctor will decide according to your health and how far your pregnancy has gone.
In suction abortion also called vacuum aspiration, suction is used to empty the uterus this is done until about 14-16 weeks after your last periods. Another method is dilation and evacuation in which medical tools are used to empty the uterus. This is done at 16 weeks or longer pregnancy. In-clinic abortion is very effective and faster than pill abortion.
For an in-clinic abortion,  you have to wait for 4-5 weeks after your last periods. The doctor will give you pain medicine before a suction abortion. Your doctor and nurse will give you medicine to open the cervix. They may put dilator sticks in your cervix for a few hours.

These sticks called laminaria absorbs the fluid from the body and get bigger opening the cervix. The doctor will examine your uterus and put speculum to examine the vagina.

The doctor will make your body numb. Then the cervix will be opened through dilated rods who will stretch the crevix to open enough.

A suction device will be used by doctor to take the fetus out from uterus.  Any left tissue will be removed using a tool called a curette.

What Will Happen After The In Clinic Abortion?

After your abortion,  your recovery will start. In-clinic abortion takes 5-10 minutes to perform the abortion. If you had any sedation,  you can’t drive by yourself. You can resume your normal activities after one day but should avoid strenuous activities for some weeks.
After the in-clinic abortion,  you may have some bleeding. Some women don’t bleed at all. You can get spotting for a few weeks. It is important to take your antibiotics and visit the doctor for a follow-up checkup.If the bleeding is heavy,  or you are having fever and nausea or severe cramps,  you should immediately talk to your doctor.

Is in-clinic abortion a secure option ?

In-clinic abortion is usually very safe but there are few risks associated with it. If you have heavy bleeding and cramps,  and your fever is more than 100.4 than you should consult your doctor.
In rare cases,  it can cause infection or some of the pregnancy tissue is may be left in the uterus.

How can i have an in clinic abortion?

You can get an in-clinic abortion in health centers or hospitals near your home. Your doctor can guide you better about how the procedure will be done.

Pros And Cons Of Abortion

You choose abortion when you don’t want pregnancy.  There can be personal reasons for not wanting a pregnancy and when you have decided to terminate it, abortion is a solution to that.
Abortion provides safety against unplanned pregnancy. If a woman is too young to raise a baby or she has faced sexual assault than not keeping a baby is totally her choice. The decision of keeping a baby affects the child future also. If a couple is no more together,  or they don’t feel to have a baby together than they can decide to terminate the pregnancy.
Abortion doesn’t affect your future pregnancy or fertility. You are free to plan or continue your pregnancy but if you don’t want a child than abortion provides you a safe way to cut the rope.
Although there are no such disadvantages but in very rare cases,  it can arise complications like incomplete or failed abortion or infection.
Abortion has more psychological pressure than physical trauma. With love, care and support from family members,  one can easily come out of the adverse psychological effects of abortion.

When is the time to have an abortion?

You can get an abortion from anytime between 5-6 weeks from your last periods until up to 24 weeks. Although the type of abortion depends on the duration of your pregnancy,  but no doctor will perform an abortion after 24 weeks. Only in very exceptional cases,  abortion can be performed after 24 weeks like if the fetus is not developing right or if there is a life risk.

It is totally up to people,  what they want to do with their pregnancy. But if someone has decided to terminate the pregnancy,  then surely they have their own reasons and no one can understand unless they are standing in their shoes.
Although abortion takes the right of life from fetuses but in some circumstances, it is justified to have an abortion rather than raising an unwanted child.
In developing countries,  people go for abortion options after knowing the gender of the baby which is strictly banned and the concerned person should be punished for such a cruel act.

When abortion is done by professional and trained doctors,  it is completely safe and prevents further complications.
Governments are treating abortion as something different or as if it is some criminal act but the choice to terminate a pregnancy is totally personal to everyone.
Abortion is done on purpose, and by choice, so it is actually a safety measure and healthcare for those who don’t want pregnancy. Everyone should respect an individual’s choices to protect or discard the pregnancy and one should not get judgemental about people without knowing their reasons.

3 thoughts on “Pros And Cons Of Abortion – Is Abortion The Right Choice For Me?”